Zcash (ZEC) is another Crypto currency like bitcoin but with a few different features. Like Bitcoin it is based on a decentralized blockchain but allows for anonymity behind transaction amounts and parties involved. In Bitcoin if you know someone’s address you can follow their transactions and you can see which all the addresses and their transaction amounts – so its quite clear how much money is moving around, with ZCash all the information is encrypted.

Zcash is a decentralized and open-source cryptocurrency that offers privacy and selective transparency of transactions. Zcash payments are published on a public blockchain, but the sender, recipient, and amount of a transaction remain private.

Zcash is based on peer-reviewed cryptographic research, and built by a security-specialized engineering team on an open source platform based on Bitcoin Core’s battle-tested codebase. Our improvement over Bitcoin is the addition of privacy. Zcash uses advanced cryptographic techniques, namely zero-knowledge proofs, to guarantee the validity of transactions without revealing additional information about them.

Zcash zero-knowledge proving scheme makes it possible to conceal values and other identifying information from the public blockchain. Users simply prove that the values balance out and that they are not double-spending the amount they want to send.

Zcash is launched on the 28th of October 2016 and has a hefty heavy weight team working on it and backing it. These include names such as Roger Ver and Barry Seibert as well as Pantera Capital. The code is open source which is unusual as the Company – run by Zooko Wilcox, a 41 year old cryptographer – will expect to give 10% of the coins for funding costs and 1% for non profit organisations.

The Zcash total coin supply is going to be 21 million like Bitcoin, and it even follows the same issuance rate with 21m ZEC being issued over 131 years, but instead of having 10 minute blocks, ZCash will have a 2.5 minute block average with 4 times bigger block rewards that halve every 4 years.

Users, investors, everyone seems excited about a new cryptocurrency who is born today, but it takes months causing a stir in the network. It is called Zcash , and promises to be an alternative to Bitcoin caring privacy of users while offering as a real business for investors.

Much has been said about the Privacy and pseudo anonimato behind technology Bitcoin . Unlike the mythical cryptocurrency, the Zcash automatically hides the identities of senders and receivers , as well as the amount of all transactions Zcash conduct on your blockchain. Only those with a display key to view the contents of operations.

These characteristics have made such prominent voices in the world of privacy as Edward Snowden speak well of the project , referring to it as a solution to the risks of surveillance of public records Bitcoin transactions.

Another fundamental differences between most cryptocurrency and this is how that is organized. As the Bitcoin and all based on it, its code is open, although it is not managed as a community like most, but Zcash is a business . That makes the product attractive to investors.

How to develop the project has also been the reverse, because instead of throwing the coin and then seek financing, Zcash creators have sought investors to create the coin toss before . They also promise to reward these investors and workers a tax called “Founders reward”, so described on its website.

The monetary base Zcash will be the same as Bitcoin -. 21 million units of currency Zcash (ZEC or ⓩ) will be mined 10% of the profits will be distributed among shareholders - founders, investors, employees and directors.Zcash

This has made the currency has grown exponentially before being released. On 15 September its value was $ 18 or 0.027 BTC, but two days ago had already risen to $ 260 or 0.379 BTC, marking an increase of nearly 1,300% . Moreover, some market analysts believe that the price of a ZEC overtake a bitcoin end of the year, as investors do not want to miss this opportunity.

Therefore, Zcash have a cryptocurrency not try to go against the system, but is based on their traditional methods of funding to provide free, anonymous alternative and promises to put users ‘ privacy above all. And what is more important, that investors do not want to miss the next Bitcoin , which is pushing very strongly its initial growth.

How to Buy ZCASH

At the moment there is no way to buy Zcash and once it launches, exchanges will have to wait for a decent amount of volume to be mined before adding it as a trading pair.

You can test ZCash out on the test network for free by going to a faucet and then playing around with it. Stay tuned and we will let you know as soon as Zcash is released where to buy it and its live prices on all the markets.

You can test some of it out on the test network for free by going to a faucet and then playing around with it. Stay tuned and we will let you know as soon as Zcash is released where to buy it and its live prices on all the markets.

For the time being though none of the ZCash coins can be mined fully which is similar to what happened with ethereum – except with ethereum a lot of the crypto currency was bought in a crowd fund prior to release.

How to Mine ZCASH

ZCash will use Equihash as an hashing algorithm, which is an asymmetric memory-hard PoW algorithm based on the generalized birthday problem. It relies on high RAM requirements to bottleneck the generation of proofs and making ASIC development unfeasible, much like Ethereum. In order to avoid Instamine ZCash will have a slow mining start, where block rewards will be issued slower than normal. ZCash is currently in beta stage and the testnet is live.

(For Developement of Coinsinfo for better Co-operation) 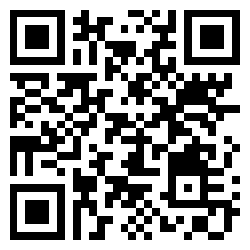 Disclaimer: CoinsInfo is not responsible for, and expressly disclaims all liability for, damages of any kind arising out of the use of, the reference to, or reliance on any information contained within the portal. CoinsInfo shall not be responsible for any kind of third party claim.Risk Disclaimer: All information shared and presented on CoinsInfo is completely for information purpose only, with own education, experience, information, knowledge, and results in spcific conditions and situations. with coaching and monitoring. So, the use of information as a source matters with sole responsibility.Privacy Policy: In order to provide the best viewing experience, our site uses cookies. This is accepted by using the website privacy policy.